You are here: Home / Animal Stories / The Sick Lion 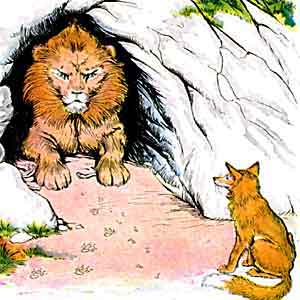 When they saw the sick lion is gasping for breath and dying, they decide to bully him and revenge on what he had done to them. The Wild Boar came and drove its tusk against it; The bull gored the sick lion with its horns; the donkey came and kicked his heels toward the lion’s face.

The lion feels pain all over his body but he couldn’t get up and attack them back. The lion growled, “This is a double death for me.”

Cowards is strong when the majesty is weak.