You are here: Home / Animal Stories / The Lion’s Share of Food 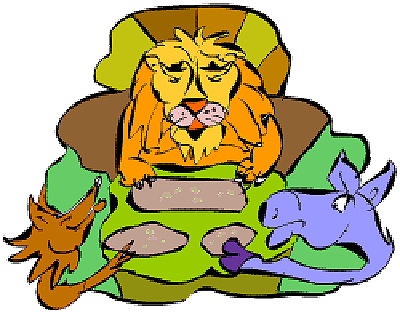 Once, the lion went into the jungle to hunt a game with the fox, jackal, and the wolf. While they were hunting for a wild game, they saw a wild stag feeding in the meadow.

When the stag is not paying attention, the lion, fox, jackal and wolf all came upon the stag and attacked it. They killed the stag.

The fox, jackal and wolf knew that they couldn’t beat against the lion and so they all went away with their tail between their legs.

You can share your labors with the great bully, but you will never reap the spoil.