You are here: Home / Children Stories / Story of the Sower 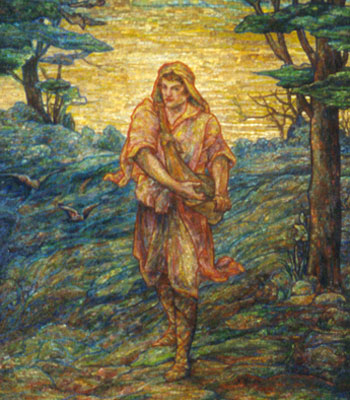 When a huge crowd gathered around Jesus, Jesus went into a boat and told His disciples to launch the boat out not too far into the sea.

Everyone gathered at the land facing the sea to listen to Jesus. Jesus taught them many things.

Jesus told the crowd a story of the sower,”There was once a sower who sowed some seeds on the ground.

As he throws the seeds on the ground, some of the seeds fell by the way and the birds come and peck them away.

Then the sower throws some seeds on rocky and stony ground, the plant sprang up but it withered when the sun was up.

Some of the seeds fell among the thorns of the plants and never make it to a plant because it was choked by the thorns.

However, there are also some other seeds that fell on fertile soil. The seed grow up to be a fruitful plant and produced thirty, sixty and one hundred fold of fruits.”

Then Jesus said, “He who has ear let him hear and understand what I say.”

Jesus’ disciples did not understand what Jesus was saying. So when they were alone with Jesus, they asked Him to explain the story of the sower to them.

Jesus said to them, “The seeds that fell along the way are the ones who heard the gospel but did not accept it because Satan had stolen the seeds that were sown in their hearts.

The seeds that fell on the rocky and stony ground are those who heard the gospel and received it. When they are being persecuted, they reject the gospel and so they only believe for a short while.

The seeds that fell among the thorns are the ones that heard the gospel, but their worries about money and other worldly things choke their faith in God.

The seeds that fell on good ground are those who heard the gospel, accept it and bear fruits thirtyfold, sixtyfold, and one hundred fold.”