You are here: Home / Children Bible Stories / Story of Jephthah 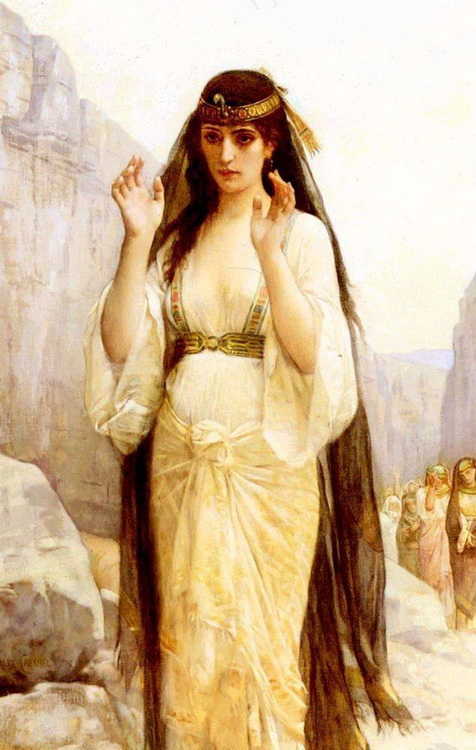 During the time of the judges, there was a brave man called Jephthah. Jephthah was the son of a prostitute.

Jephthah grew up with his brothers who are from a different mother.

One day, Jephthah’s brothers chased Jephthah out of their home because they say Jephthah is the son of a prostitute and so he is not fit to inherit anything from their father.

Jephthah ran away from his home. He met a few idle men and they become a gang. Jephthah often raid the cities with his men.

At that time, the Ammonites were fighting with the Israelites in war.

The Israelites were about to be defeated when the elders of Gilead thought about Jephthah.

Jephthah said, “Didn’t you hated me and chase me out of my father’s house? Why do you come to seek my help now?”

The elders of Gilead replied, “We have come to you so that you will go along with us to fight with the Ammonites.”

Jephthah said, “If I go back with you, will I be your leader?”

They replied, “You will be the army commander of our army.”

So Jephthah sent messengers to the king of Ammon.

In the message, Jephthah said, “Why did you wage war against Israel?”

The king of Ammon answered, “We are waging war against Israel because they had taken away our land since they came out of Egypt from Arnon to Jabok and Jordan.”

Jephthah said, “We did not steal those territories from you. We conquered the land and so they belong to our territories now.”

The king of Ammon did not listen to what Jephthah said. Then the Spirit of the Lord filled Jephthah and he gathered a huge army from Gilead and Manasseh.

Jephthah made an oath to God, saying, ”If you help me to defeat the Ammonites, whoever that come out of my house first I will offer him as a burnt offering to you.”

Jephthah took his men and they fought against the Ammonites. The Lord delivered the Ammonites into the hands of Jephthah.

When Jephthah came back to his house, his daughter is the first person who comes out of his house to greet him with dancing.

Jephthah remember the oath he made to the Lord, and he cried out,”Ah, my daughter! I made a vow to the Lord that I will offer up the first person who came out of the house as a burnt offering to the Lord.”

Then Jephthah’s daughter said, “Let me wander in the deserts with my friends for two months for I will never be married.”

Jephthah sent his daughter away. Jephthah’s daughter wandered in the desert for two months and wailed her virginity on the mountain because she will never be married.

Thus the Israelites set a custom that the women will go out to lament for the daughter of Jephthah four days a year.