You are here: Home / Children Bible Stories / Story of David and Saul 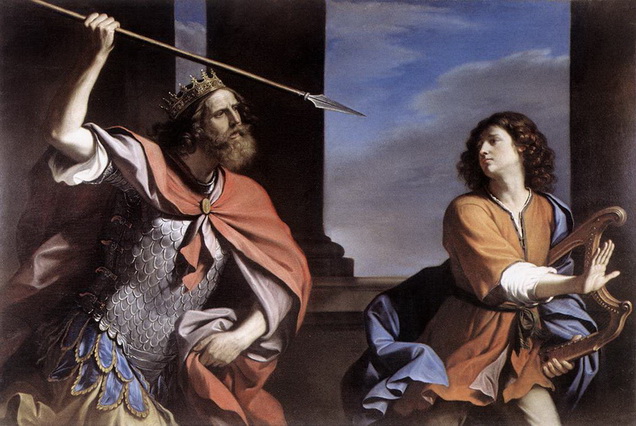 One day, Saul was on his way home after fighting the Philistines at En Gedi when someone told him, “David and his men are at Wild Goat Rocks at En Gedi.”

So Saul took 3000 best soldiers with him to find David so that he can kill him.

On the way, Saul saw some sheep pens around the entrance to a cave.

Saul felt very tired so he went into the cave to rest. David and his men were at the back of the same cave where Saul is resting.

David’s men said to him, “Today God had delivered Saul into your hand.” David sneaked over and cut off a small piece of cloth from Saul’s robe then hid back in the cave.

David caught up with Saul and said, “Your Majesty, why are you trying to harm me? Why did you listen to those men who told you that I plan to harm you?

There is a proverb that says, ‘Only evil people do evil things.’ I am not going to kill you.

But I pray that the Lord will judge between you and me and punish you.

Why should the king of Israel be out chasing after me since I am as worthless as a flea?”

Saul said to David, “David, is that you? You are really a better person than I am. I realized that you will be the next king of Israel. Promise me that you won’t wipe out my descendants.”

David promised Saul that he will not wipe out Saul’s descendants when he becomes king.

Saul went home and David returned to his hiding place.