You are here: Home / Children Stories / Stephen Being Stoned to Death 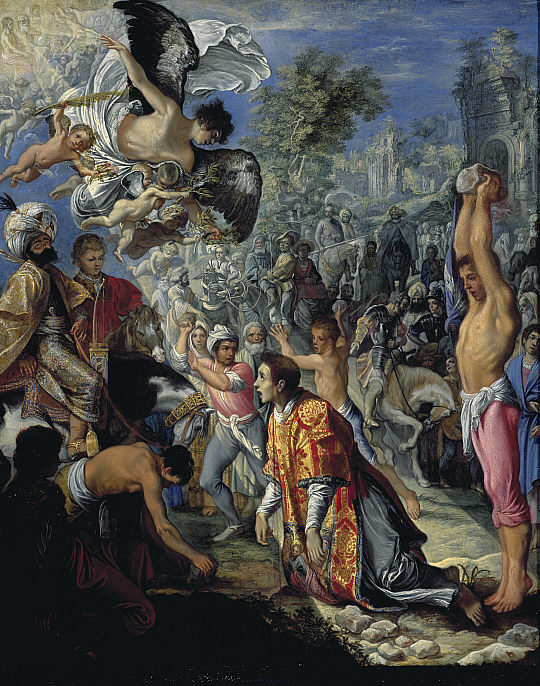 Stephen was a faithful man who trusted in God. He did many miracles among the people.

Some people that came from the Synagogue of the Freedman purposely challenged and quarreled with Stephen.

But they couldn’t win over Stephen because Stephen was speaking through the Holy Spirit.

They were not satisfied and so they spread false rumor about Stephen.

This caught the attention of the elders, and the scribes. They arrested Stephen and brought him before the council.

They also set up fake witnesses who said, “Stephen condemns this holy place and Moses’ law. He claimed that Jesus of Nazareth will destroy this place and bring new customs that will change the law Moses had given to us.”

Everyone stared at Stephen and they noticed that Stephen’s face was like that of an angel.

The chief priests said, “Is it true?”

Stephen answered, “You stubborn people! You always try to resist the Holy Spirit just as your ancestors. In fact, your ancestors persecute all the prophets and they also put the Lord Jesus to death. You have heard the gospel but never believe it.”

When the people heard what Stephen had said, they were hurt and wanted to revenge. But Stephen who is filled with the Holy Spirit lifted his head and looked up to the heaven. Stephen saw the Lord Jesus standing at the right hand of God.

The people shouted very loudly and stopped their ears. They rush over to Stephen and throw him out of the city. Then they stoned Stephen to death.

The witnesses put their clothes at the feet of a man named Paul. As Stephen was being stoned to death, he called on to God, saying, “Lord Jesus Christ, I surrendered my spirit to you.”

Stephen knelt down and shouted, “Lord Jesus, please forgive them of what they had done to me.”

Stephen breathed his last and died. Some faithful Christians came and carried away the body of Stephen.

After they had mourned for Stephen, they buried him.