You are here: Home / Animal Stories / Samson and the Donkey Jaw bone 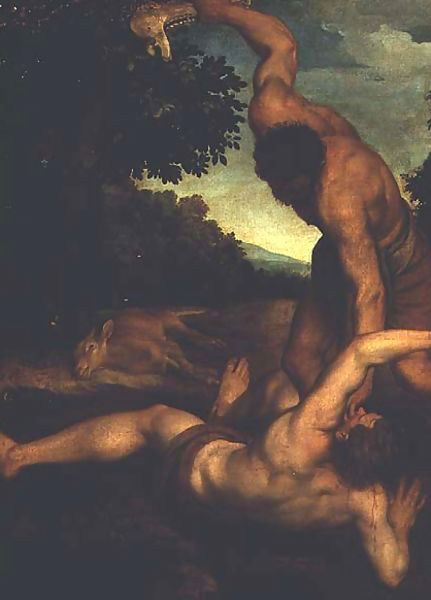 After Samson gave the 30 pieces of clothing to the 30 young Philistine men at his wedding, he returned to his father’s house.

After Samson had calm down, he went to Timnah to lay with his wife. But when he reaches there, he found out that his wife was given to another man.

He tied the foxes tail to tail and put a fire stick between two tails.

Then he let the foxes run free into the Philistines’ corn field, vineyards and olive groves and everything was burned up.

When the Philistines found out that their field was burned, they said to each other, “Who had done this? It must be Samson because he has taken his wife.”

Samson said to the Philistines, “Since you have done this, I will revenge and kill all of you.” Then Samson killed the Philistines with his hip and thigh.

After that, the Philistines decided to wage war against the people of Israel and they set up their camps in Judah.

Samson said, “You may bound me but you must promise don’t kill me.”

They bound Samson with two ropes and bring him to Lehi. When the Philistines saw him, they shout at him.

Then the Spirit of the Lord came upon Samson and he broke the two ropes.

After Samson had finished killing the Philistines, he felt very thirsty.

He prayed to God to give him some water to drink. So God split a hollow place in Lehi, and water came flowing out from it. Samson drank the water and felt refreshed.