You are here: Home / Children Stories / The Raising of Lazarus from the Dead 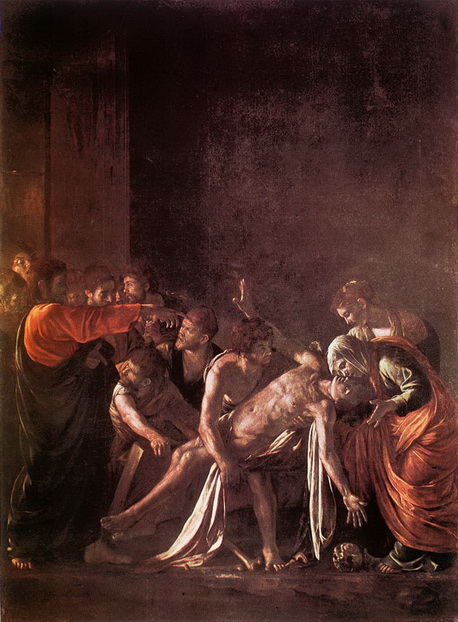 When Jesus heard the message, He says, “The sickness occurs so that the name of God may be glorified.”

After Jesus heard the news, he stayed at the place where he was living at that time for two more days.

Then, Jesus told his disciples, “Let us travel to Judea.”

Jesus’ disciples said to Him,” Recently, the chief priests there says that they want to stone you to death. So why do you want to go there?”

Jesus answered, “Lazarus is asleep and so I want to go there to wake him up.”

Then Jesus’ disciples said to Him, “If Lazarus sleeps, he will get well.”

Then Thomas said to the other disciples, “Let us go along with Jesus so that we can die with Him.”

When Jesus arrived at Bethany in Judea, Lazarus is already buried in the tomb for four days.

As soon as Martha heard Jesus had arrived, she went out to welcome Him. Mary sat at home.

Martha said to Jesus, “Why didn’t you come earlier? If you had came earlier, Lazarus could have survived. But I know that even now you can raise Lazarus from the dead.”

Jesus said to Martha, “Lazarus will be alive again.”

Martha said to Jesus, “I know Lazarus will be raised into the heaven in the end times.”

Jesus said to Martha, “I am the resurrection, and the life. He who believes in Me will not die but he shall live. Do you believe this?”

Martha answered, “Yes. I believe you are the Christ, the son of God who had come to be the savior of this world.”

After that, Martha went back home to call his sister to go to Jesus. Mary left the home and went to meet Jesus.

When she saw Jesus, she says, “Lord, if you arrived earlier, Lazarus could have lived. Now he is dead.”

Jesus said, “Where is Lazarus buried?”

But the Jews said, “Could not Jesus who restore the eyesight of the blind, raised Lazarus from the dead.”

Jesus wept and said to, “Remove the stone from the tomb.” By this time, there is a foul smell that came out of the tomb because Lazarus had been in there for four days.

Jesus looked up to heaven and said, “Lazarus, come forward!”

And Lazarus walked out from the tomb with his grave clothes and his face wrapped with a cloth.

Jesus said to him, “Unbound the grave clothes around him and let him go.”

When the people saw the miracles, they were filled with awe and put their trust in Jesus.

But some of the Jews went to tell these things to the chief priests and the Pharisees.

When the chief priest and the Pharisees heard the news, they make plans to kill Jesus.