You are here: Home / Children Stories / Parable of the Persistent Widow 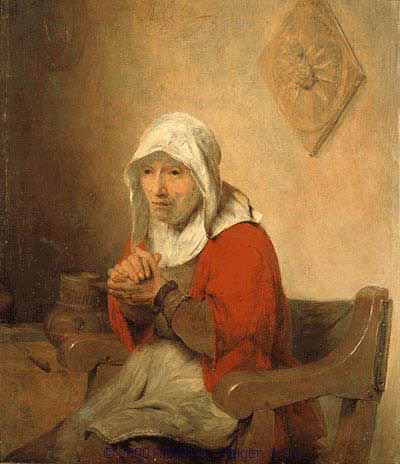 Jesus tells the crowd the parable of the persistent widow so that they will always keep praying and not be disappointed until they get what they want.

Jesus said, “There lived a judge in a city who does not obey God’s command.

The judge always made unfair decision. He did not care about the people in the city whom he judge.

One day, a widow went up to the judge and says,’ Give me justice against my rival.’ The judge refused to help her.

But the judge said to himself, ‘Even though I don’t care about the people, yet this widow kept bugging me to give her justice. So I will grant her justice so that she will not come to disturb me anymore and wear me out! So it is with the kingdom of God. If you persistently keep praying for what you want, God will give it to you.'”

Jesus then spoke another parable to those who believe that they are good and others are bad.

Jesus said, “There are two men, a Pharisee and a tax collector that went up to the temple to pray.

The Pharisees prayed,’ God, I thank you that I am not like the tax collector, a sinner. I fast two times every week and I give ten percent of my earnings to God’

But the tax collector is different than the Pharisee. He stood very far off and would not even dare to look at heaven.

The tax collector said,’Please have compassion on me and forgive me for all my sins.’

The tax collector is far more justified than the Pharisee because he humbled himself. He who humbles himself will be exalted.”

People were bringing their children to Jesus so that He could bless them.

When Jesus’ disciples saw what they were doing, they rebuke them.

But Jesus said, “Let the little children comes to me for whoever has the faith like that of a child will inherit the kingdom of God.”