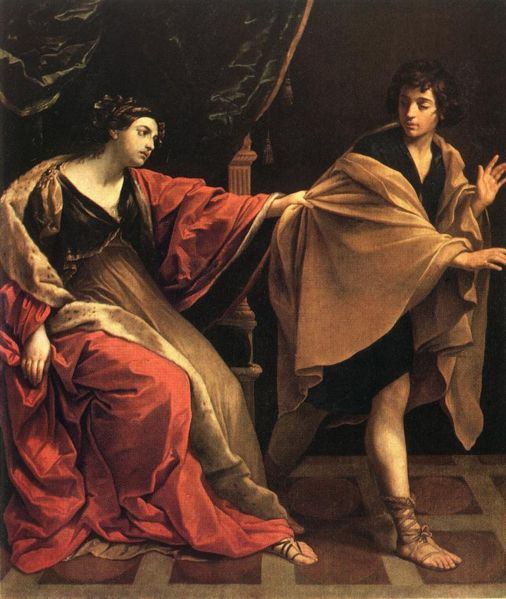 Joseph was sold to Potiphar in Egypt. Potiphar worked for pharaoh as a captain of the guard. Because God was with Joseph, everything that Joseph does is a success.

Potiphar saw that whatever Joseph do, the Lord’s blessing is there and Joseph won his favoritism.

And so Potiphar made Joseph the head of his household and all his possessions.

Joseph is a handsome man. The wife of Potiphar began to lust after Joseph and she said, “Joseph, come to bed with me.”

Joseph answered, “My master, Potiphar let me overseer all he has. He hasn’t hold back anything from me but you? How can I do this and sin against God?”

After Joseph had fled outside, Potiphar’s wife told the servants of Potiphar, “See, the Hebrew man that Potiphar’s hired tried to rape me but I scream so he was panic and ran away leaving his garment here.”

Then she show to Potiphar Joseph’s garment and told Potiphar that Joseph was trying to rape her.

Potiphar was so angry about it that he locked up Joseph in the prison cell. Joseph was put in a prison where the officers of Pharaoh that offended Pharaoh go.

God was with Joseph and the keeper of the prison committed to Joseph all the prisoners who were in the prison.

The keeper of the prison doesn’t need to worry about everything that he had put under Joseph’s supervision because God was with Joseph.