You are here: Home / Children Bible Stories / Joseph and the Famine in Egypt Bible Story 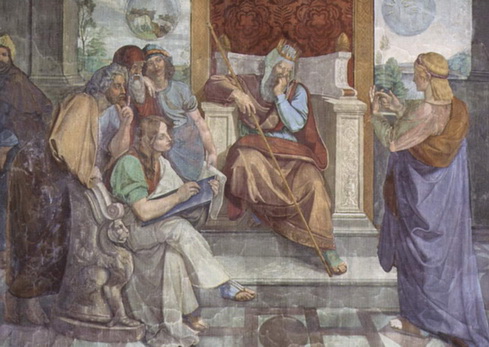 The famine in Egypt was so severe that there was no more bread in Egypt. Everyone in Egypt had used up all their money to buy grains.

So the people of Egypt went to Joseph and said, “Give us the grain. We don’t want to die of hunger. We have no more money to buy grain anymore.”

And Joseph said, “If you don’t have money, then give me your livestock and I will give you grains.”

So everyone brought their horses, cattle, and donkeys to exchange for bread.

When that year had ended, everyone had no more livestock. This is because they had exchange all their livestock for food with Joseph.

So they went to Joseph and said, “Look, we have no more animal livestock to exchange for food. We only have ourselves and our land.”

Joseph said, “I will exchange your land in return for food.” Joseph bought all the land in Egypt because the famine is so severe.

Pharaoh now owned all the land in Egypt. The people have no more land so Joseph moved them to the cities.

The people sold all their land to Joseph and nothing else left.

Joseph said, “I have bought all your land. Now you will work for Pharaoh and toil the land. All the food that you grow in the land will be yours. But you must give one fifth of the harvest to Pharaoh.”

Joseph bought all the land in Egypt except the land of the Egyptian priests.

And Joseph made a law until today that everyone must give one fifth to Pharaoh.