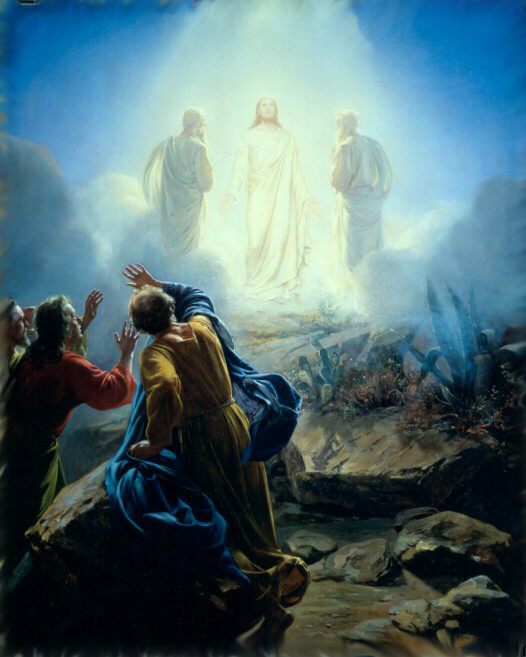 One day, Jesus took His three disciples Peter, James, and John along with Him to a very tall mountain where His face was transfigured before them.

All of a sudden, Jesus’ face shone like the bright sun. The clothes of Jesus were shining and it was very white like snow. No one ever can wash their clothes to be as white as Jesus’ clothes.

Peter, not knowing what he is doing, says to Jesus, “Teacher, if you want, we can set up three altars, one for you, one for Elijah and one for Moses.”

Suddenly, a cloud came out from the sky and covered Peter, James and John. A voice from heaven was heard, “This is My Son whom I love. Listen to what he says.”

After that, Peter, James and John looked out and found that Elijah and Moses were disappeared; only Jesus was left.

As Jesus and His disciples were coming down the mountains, Jesus warned them not to tell anyone about His transfiguration on the mountain except after he had risen from the dead. So the disciples keep it to themselves.

However, they keep asking among themselves what does rise from the dead means.

Then Peter, James and John asked Jesus, “Why is it that Elijah has to come first?”

Jesus answered, “Indeed, Elijah has already come but the people had done everything they could to him.”