You are here: Home / Children Bible Stories / Ham of the Bible 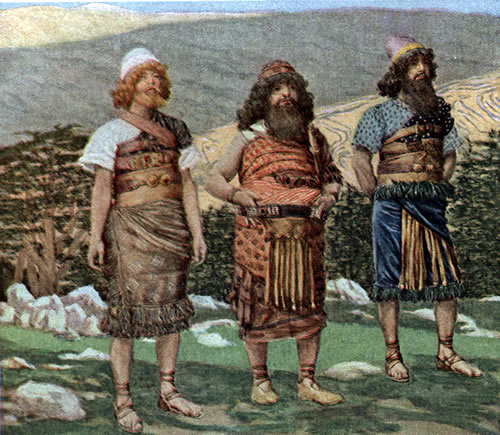 After the flood, Noah went out from the ark with his three sons Shem, Ham, and Japheth.  Ham is the youngest son of Noah.

The earth was then populated with people through the off springs and descendants of Shem, Ham and Japheth.  From these, the people on the earth were divided.

After the flood, Noah became a farmer and he planted a vineyard. From the vineyard, Noah made himself some wine. Noah drank the wine and got drunk and lay naked in his own tent.

When his youngest son, Ham saw that his father is naked and not wearing any clothes, he was ashamed of it and went out to call his two older brothers Shem and Japheth to cover their father.

And so Shem and Japheth took a garment and went backward to cover Noah so that they will not see Noah’s nakedness.

When Noah knew that Ham had done this, he cursed his son Ham.

Noah cursed that Ham and his offspring and descendants will always be the servants of his two brothers Shem and Japheth.

But Noah blessed Shem and Japheth that God will keep enlarging their territories and that Ham and his descendants will serve them forever.