You are here: Home / Children Stories / Free Bible Story of the Good Samaritan 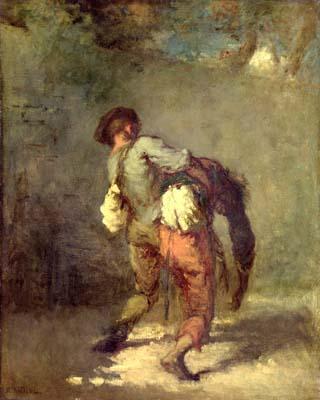 A lawyer stood up. He wanted to test Jesus.

He said to Jesus, “Teacher, what are the things that I must do so that I can have eternal life.”

Jesus asked him, “What are the greatest commandments in Moses’ Law?”

The lawyer answered, “Love your God with all your heart and soul and love your neighbor as you love yourselves.”

Jesus said, “You are correct. Do these and you shall inherit eternal life.”

The lawyer then asked Jesus, “Who are my neighbors?”

Jesus then told him a parable, “Once, there was a Hebrew man from Jericho that travel down to Jerusalem.

On the way, the robbers attack the Hebrew man. They beat him and took away all his clothing leaving him naked in the street. He was very badly wounded.

A priest came down the street, and saw the badly wounded man too but he doesn’t care about him and took the other side of the street and continue his journey.

Then, a Levite happened to pass by the street. He saw the injured Hebrew man lying on the ground. He went to take a look but he did not want to help him. The Levite ignored him and went on his way.

Finally a Samaritan happened to pass by the street. The Samaritan saw the injured man lying there on the ground and he decided to help him. He poured oil on his wounds. Then he put the man on his donkey and takes him to an inn.

He said to the inn keeper,’ Here are two denarii. Please help me to care for this man. If you spend more than that, I will pay you back when I come back.’

So, which of these three men do you think is the neighbor of the man?”

The lawyer replied, “The Samaritan.”

And Jesus said, “Now, go and do the same thing.”