You are here: Home / Animal Stories / Dog and the Shadow 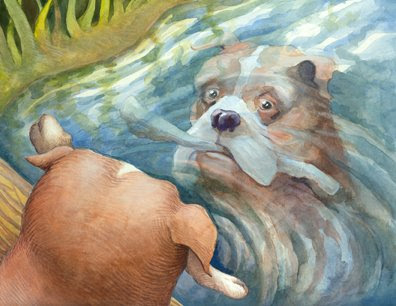 A dog found a large chunk of meat and decides to carry it back to its home it its mouth.

On the way, the dog has to pass through a bridge. Beneath the bridge is a running stream of river.

As the dog cross the bridge, it looks down beneath the bridge, and it saw another dog also carrying a large chunk of meat in its mouth. Actually, it is the dog’s own reflection in the river.

Always think carefully and made a wise decision and don’t let your sinful nature controls you.