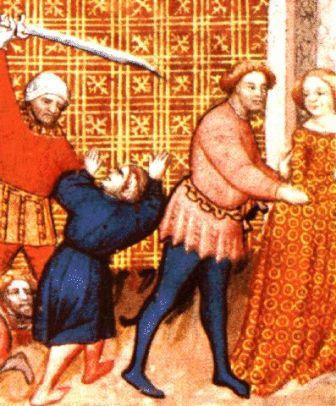 Jacob came to Shechem in Canaan. Jacob then pitches his tents before the city of Shechem.

Jacob bought a piece of land from the children of Hamor for 100 pieces of money. Hamor is Shechem’s father.

When Shechem saw Dinah, he took Dinah by force and lay with her. Shechem violated Dinah. Shechem desperately wanted Dinah and so he asked his father Hamor to help him to get Dinah for him.

Jacob heard that Shechem had defiled the virginity of Dinah. Dinah’s brothers were at work in the field and never heard of the news yet.

When Dinah’s brothers came back from the field, they heard the news about Dinah and were very angry with Shechem.

This is because it is a very disgraceful thing to happen to Dinah.

Then Shechem said, “I will give you any amount of dowry that you want. Just give me your daughter, Dinah for marriage.”

Jacob’s sons had already made plan to kill Shechem along with the inhabitants of his country.

So they tricked Shechem by saying, “We will give you Dinah for marriage. However, our custom required that you and the men in your city must be circumcised. If you don’t get your men circumcised, we will take Dinah and disappear.”

And so Hamor and Shechem persuaded the men in their city to get circumcised.

The men of Shechem agreed and they all circumcised. When on the third day after the circumcision, the men are still in pain, Jacob’s sons, Simeon and Levi went to attack Shechem.