You are here: Home / Children Bible Stories / Cupbearer and the Baker 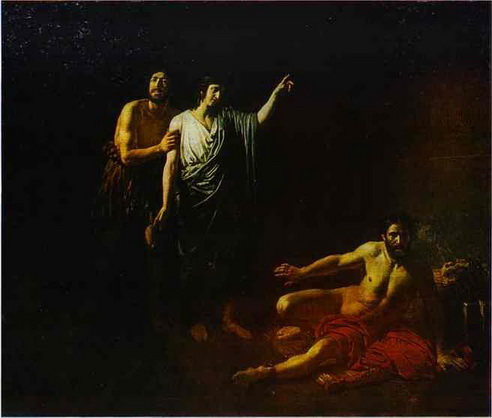 It happened that the chief baker and chief cupbearer made Pharaoh unhappy and was thrown into the prison.

One night, the chief baker and chief cupbearer both have a dream.

The chief baker and chief cupbearer were unhappy and troubled because they couldn’t understand what the dream means.

Joseph came in and saw their sad looking face. And Joseph said, “What is it that you are unhappy about?”

They replied, “We each had a dream last night, but no one can interpret the dream for us.”

Joseph said, “Dream interpretations come from God. I can help you to interpret the dreams. Please tell me what you dreamed last night.”

The cupbearer told Joseph, “In my dream, there is a vine with three branches that is full of blossoms. There are many grapes on the vine. I had Pharaoh’s cup in my hand so I took the grapes and squeezed the grape’s juice into Pharaoh’s cup. Then I give the cup to Pharaoh.”

And Joseph said, “The three branches mean three days. Your dream means that Pharaoh will restore you back as the chief cupbearer in three days.”

When the chief baker saw that Joseph gives the chief cupbearer a good interpretation, he too told Joseph about his dream.

The chief baker said, “I too had a dream. In my dream, I was carrying a three white basket on my head. The top basket is full of all kinds of food baked for Pharaoh and the birds were pecking them out of the basket.”

Joseph said, “The three white baskets means three days. In three days, Pharaoh will hang you on the tree. The birds will then come and peck on your flesh.”

Then Joseph said to the chief cupbearer, “After Pharaoh had restored you into position, please mention me to Pharaoh so that I can get out of this prison.” The chief cupbearer agreed to help Joseph.

And so it was just as Joseph had said. After three days, the cupbearer was restored back to his position but Pharaoh hanged the chief baker.

After the cupbearer was restored back, he forgot about what he promised Joseph and never mentioned about it to Pharaoh.