You are here: Home / Children Bible Stories / Bible Story of Lot and His Daughters 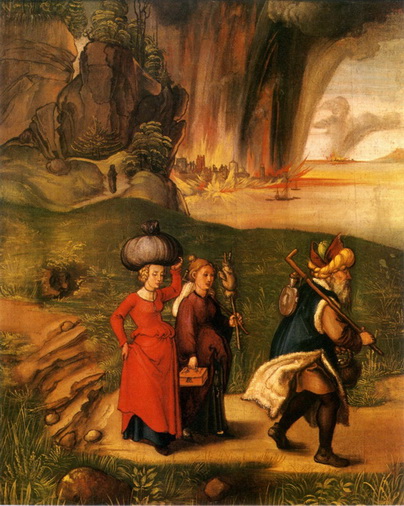 After God destroyed Sodom and Gomorrah, Lot and his two daughters came out of the small town called Zoar and went to live in a nearby cave. Now the two daughters of Lot were without children.

One day, the older daughter said to the younger daughter, “Our father is already old and there is no man in this remote area that we could take as our husband. We will have no children. Let us make our father get drunk with wine and lie with him to preserve our family lineage.”

So they got their father drunk with wine that night. And Lot’s oldest daughter went in to lay with her father. Lot was so drunk that he didn’t know when she lay down and arose.

The next day, Lot’s older daughter told the younger daughter, “I slept with our father last night. Now it is your turn to go in and lay with him tonight so that we may have descendants to preserve our family lineage.”

And so the two daughters of Lot made their father drink wine that night. This time, Lot’s younger daughter went in to lay with him. Again, Lot was too drunk to realize when she lay down and arose.