You are here: Home / Children Bible Stories / Bible Story of Joseph’s Coat of Many Colors 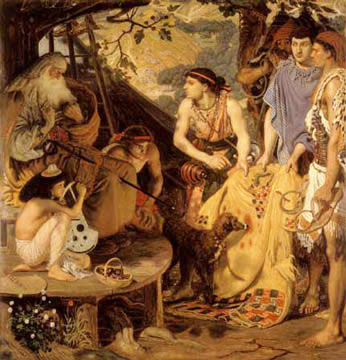 Joseph often tells his father, Israel bad things about his brothers. Israel loved Joseph more than any of his sons because he was the son of Rachel.

One day, Israel made Joseph a coat of many colors. When Joseph’s brothers saw their father give Joseph a colorful coat, they became jealous.

Now Joseph had a dream, and he told his father and brothers about it.

Joseph said, “Please hear this dream that I had. I dreamed that we were binding sheaves in the field. Suddenly all your sheaves arose and gather around my sheaves and bow down to my sheaves.”

His brothers were angry and said, “Do you mean that you will rule over us?” And they hated Joseph even more because of what Joseph said.

Then Joseph had another dream. Joseph went ahead to tell his dream to his father and brothers.

Joseph said, “I dream that the sun, the moon and the eleven stars came to bow down to me.”

After Joseph finished speaking, his father rebuked him by saying, “What does this dream mean? Do you mean that your mother and I and your brothers will all bow down before you?”

Joseph’s brothers become jealous of him but his father had kept the matter in his mind.