You are here: Home / Story of the Unforgiving Servant 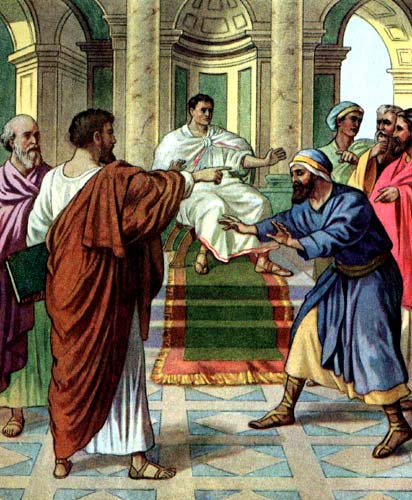 One time, Peter came to Jesus and said, “How many times should I forgive my brother?”

Jesus said, “You should forgive your brother up to seventy seven times.”

Jesus went ahead and tells Peter a story of the unforgiving servant.

Jesus said, “The kingdom of heaven can be compared to a king who forgives his servants.

One servant owed the king ten thousand talents. He doesn’t have money to pay off his debt and so the king decides to take him, his wife and his children and sold them into slavery. But the servant knelt down and begged the king.

He says to the king,’ Your Majesty, please bear with me and I will come up with the money to pay you back all that I owed you.’

The king has compassion on the servant and cancels the debt he owed him.

After the servant left the king’s presence, he found a man who owed him one hundred denarii.

He beat the man and hold him by the clothes, saying, ’Pay me back the money you owe me!’

The fellow servant fell down at his knee and begged,’ Please be patient with me and I will pay you back the money I owed you.’

When his fellow servants saw what the other servant had done to him, they told everything to the king.

The king called in the servant and said,’ Shouldn’t you have pity on him and cancel the debt with him just as I cancel your debt?’

The king was very angry. The king handed the servant to the torturers until he should pay back all the money that he owed him.

This is the same with the kingdom of God. If you forgive your brother, your Father in Heaven will also forgives you.

Likewise, if you don’t forgive your brother, your Father in Heaven will not forgives you.”